The media has not been kind to Melania Trump. Or fair to be quite honest. Besides the fact that she is married to Donald, why would they do that? She is the most glamorous First Lady since Jackie Kennedy.

I don't think the media wants Michelle Obama to be compared to Melania. That would be like comparing Chateaubriand to moldy bread. If the fashion police ever went after Michelle, she could end up serving life. 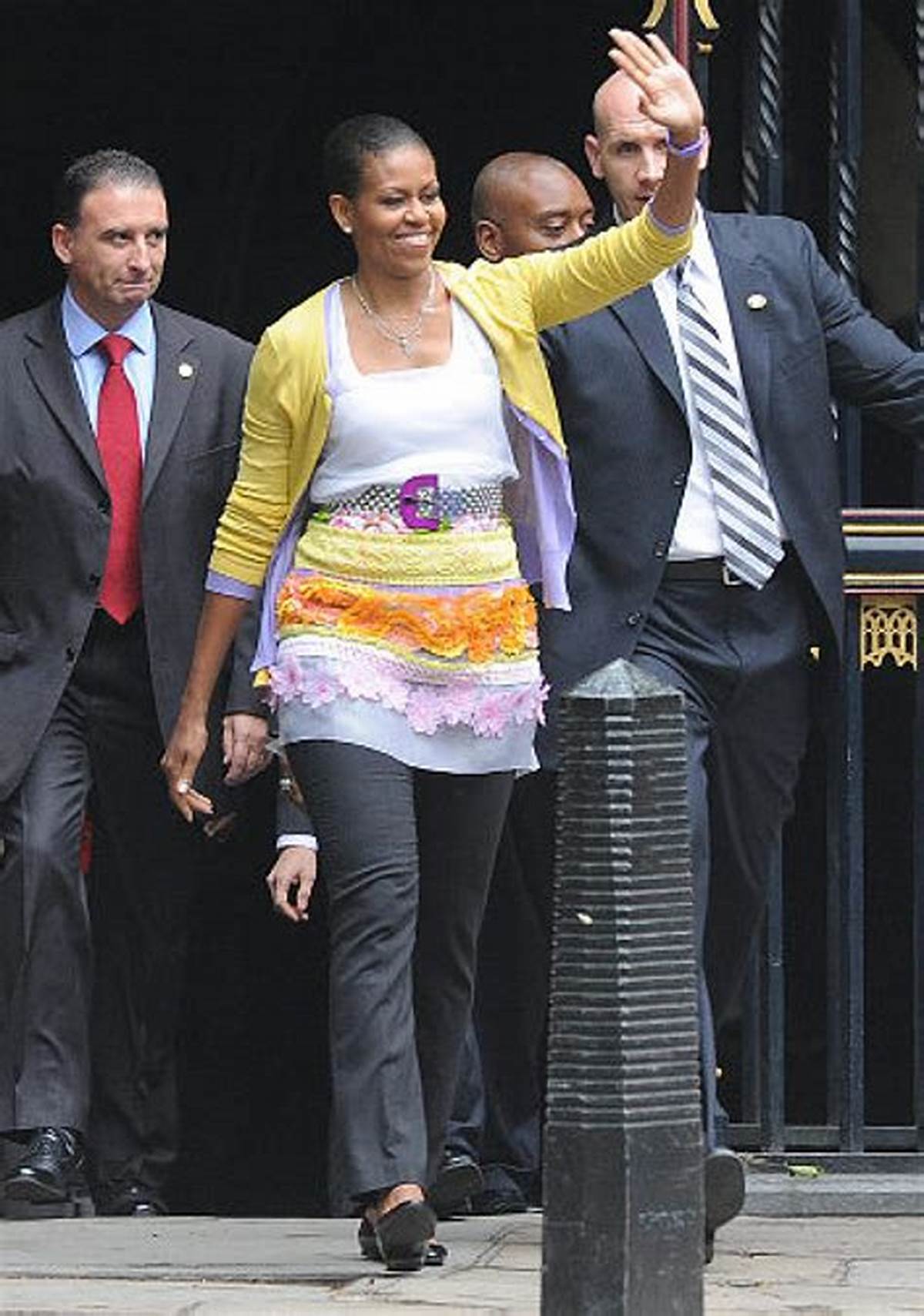 I rest my case.

Here are the ten times the media bashed Melania.

1. Mrs. Trump wore a white pantsuit for husband President Donald Trump’s State of the Union address in January and faced backlash over claims it pointed to women’s suffrage and Hillary Clinton. The New York Times “Case of the White Pantsuit” called the outfit “something of an anti-Trump uniform.”

2. “I Really Don’t Care, Do U?” Hysteria: Media outlets leaped to report a message spelled out on the back of a jacket the first lady worn to get on and off a plane to the U.S. southern border in June. What wasn’t highlighted was that Trump did not wear the jacket at the facilities where she was visiting children on the day trip.

First Lady Trump later explained in an October interview with ABC that the message was aimed at left-wing media and critics. “It’s obvious I didn’t wear it for the children,” she affirmed. “I wore the jacket to go on the plane and off the plane and it was for the people and for the left-wing media who are criticizing me and I want to show them that I don’t care. You can criticize whatever you want to say but it will not stop me to do what I feel is right.”

3. “Trash Flair” Louboutin Stilettos: Media seized on the first lady’s high fashion and widely sought after brand of shoes. Reports centered around the brand’s description of the design of hand-torn Louboutin shopping bags as having an “audacious new trash flair.” The Daily Mail reported she wore the shoes to board a plane to Europe with husband President Trump in July and changed into a different pair that she wore when she deplaned.

4. Africa Shade: Media and social media posters favored hyper-focusing on a hat choice as Mrs. Trump visited a wildlife trust and national park during a trip to Africa in October. CNN condemned the hat, “While pith helmets are still available for purchase online and in hat shops, they have come to symbolize white colonialist rule over the years, and, according to the Guardian, ‘a symbol of status — and oppression.’”

5. Media Hits Melania for Hitting Media: Mrs. Trump called for “really hard evidence” to back up claims of sexual assault “because sometimes the media goes too far.” Surely Vogueclapped back with a slam on her hat and claiming she was trying to have it both ways on #MeToo.

6. Christmas Catastrophe Claim (Again): Christmas 2017 brought criticism of the first lady’s decor design in the White House East Wing and 2018 was no different. A hallway filled with cranberry-clad tall cone-shaped trees elicited criticism from tweeters that Vogue collected in an article mocking the design as “more inspired by hell than a holly, jolly Christmas.”

7. Blonde Bashing: One Vanity Fair writer spent “hours of [her] life trying to figure out” if [the first lady’s] hair was lighter or if the harsh light at a marine base was making it look lighter” and resolved, “I regret nothing.” The writer was referring to Mrs. Trump’s appearance on Fox News in December with host Sean Hannity. The writer pressed on, “Several people wondered aloud why Trump is gradually becoming more like “Stifler’s mom.” That’s not really fair. Jennifer Coolidge is a national treasure.”

8. CNN Contributor Kate Brower slammed the first lady over the Hannity interview for a different reason, claiming Mrs. Trump “doesn’t understand what it means to be first lady.” The first lady’s communications director Stephanie Grisham stood strongly against the slam, writing an op-ed of her own ran on CNN’s website. Grisham called out Brower for the “condescending opinion” that failed to recognize even the first lady’s actions earlier that evening spending time with sick children at Washington, DC’s Children’s National Hospital, a long-held first lady’s tradition. There Mrs. Trump read to the children and spent time talking with them. “the media consistently ignores the first lady’s work on behalf of the people of this country, and children in particular, in favor of more trivial matters,” Grisham wrote.

10. Magazine Cover Blackout: Mrs. Trump appeared on many magazine covers in her days as a fashion model, but as first lady she has been absent from such high fashion glossy covers. Debate remains on the reason as the Washington Times cited university lecturers who put the fault on Mrs. Trump.

During the trip to Africa Mrs. Trump rebuked press hyper-focusing on criticizing her fashion choices. Reporters given an opportunity to ask the first lady any questions in a rare Q&A quickly seized on subjects outside of her work on the trip. One honed in on the pith helmet controversy, to which she shot back, “You know what, we just completed an amazing trip…I want to talk about my trip and not what I wear.”